Delta Heritage Center looks back at 2015 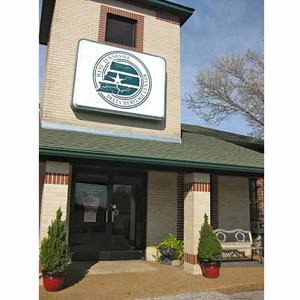 Delta Heritage Center looks back at 2015

Over 27,000 guests walked through the doors of the West Tennessee Delta Heritage Center in 2015. This is a 19.4 % increase over 2014. International travelers stopping at the Center increased by 37% including the number of visitors from Japan and China, which moved into the top 10 countries for the first time.

Visitors and programming continues to increase as the Center moves towards becoming a music destination, as well as continuing its commitment to promoting rural West Tennessee attractions and providing tourist information.

Again in 2015, the Center had visitors from all 50 states. Outside of Tennessee, the top five states most guests traveled from are:
• Texas
• Arkansas
• Ohio
• Mississippi
• California

Making the list of the top 10 for the first time is New York (7th), Louisiana (9th) and Pennsylvania (10th). Other top states include Oklahoma and North Carolina.

Japan is ranked in sixth place and China tied with Ireland for 10th spot. Other global locations in the top 10 include Sweden, Switzerland and Belgium. Overall, guests from 48 countries visited in Haywood County last year.

The second annual Sleepy John’s Country Blues Jam kicked things off in January with the addition of skills clinics and a symposium. Musicians attended from as far away as Chattanooga, Tenn. The Center also added interpretive panels to the Sleepy John Estes home. The new exhibit opened during the annual Exit 56 Blues Fest in May.

For the first time, a Black History program was presented that featured community leaders discussing race relations and where we go from here. The program was facilitated by author Dr. Cynthia Bond Hopson. Hopson also led the first Women’s History Month program in March. The program, Phenomenal Women, brought a group of influential women in Haywood County together to talk about breaking barriers.

The Tennessee Association of Museums presented the Center with nine awards for the permanent exhibit located inside the Flagg Grove School during its annual March conference. The state organization also recognized local volunteers and contributors to the project.

The Delta Heritage Center plans to continue the forward momentum during 2016 by expanding the Exit 56 Blues Fest to two days and focusing more on the region’s music history. The Center will also continue its efforts to attract motorcoach and small group tours.

For more information about the events and programming offered, contact the Center at 731-779-9000 or visit www.westtnheritage.com.

About the Center: The West Tennessee Delta Heritage Center offers a refreshing Southern experience showcasing the history and culture of rural West Tennessee. Inside visitors can learn about the history of cotton, explore the scenic and “wild” Hatchie River and get to know the legendary musicians who call West Tennessee home. Also located on the grounds are Flagg Grove School, the childhood school of Tina Turner, and the last home of Blues pioneer Sleepy John Estes. To learn more about the Center, visit www.westtnheritage.com or call 731-779-9000.