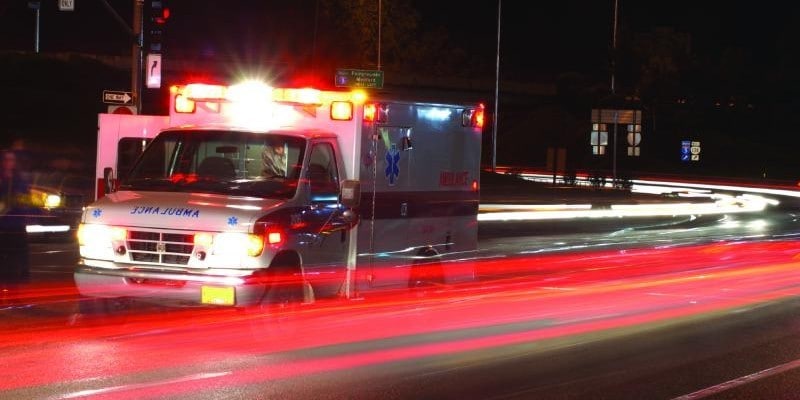 Central dispatch was established in 1991 as one of Tennessee’s few consolidated dispatch centers. This center is a joint venture between Haywood County, the city of Brownsville and the 911 emergency communication district. As a consolidated center, we dispatch police, sheriff deputies, fire and ambulance for the entire county, as well as, monitor the 911 phones for all calls for service. The mission statement for the dispatch center is as follows:

To provide prompt, efficient all-inclusive Emergency Services to the best of our ability; to serve the public with fairness and professional conduct.

The State of Tennessee, under Tennessee Code Annotated 7-86-201, has established strict guidelines that all dispatchers must meet before being employed. This law states that all such persons shall: (1) Be at least eighteen (18) years of age; (2) Be a citizen of the United States; (3) Be a high school graduate or possess equivalency; (4) Not have been convicted or pleaded guilty to or entered a plea of nolo contendere to any felony charge or to any violation of any federal or state laws or city ordinances relating to force, violence, theft, dishonesty, gambling, liquor or controlled substances; (5) Not have been released or discharged under any other than honorable or medical discharge from any of the armed forces of the United States; (6) Have such person’s fingerprints on file with the Tennessee Bureau of Investigation; (7) Have passed a physical examination by a licensed physician; and (8) Have good moral character as determined by a through investigation conducted by the employing agency. Our county went a step further and raised the minimum required age for dispatchers to [21] years of age.

Each dispatcher must also attend a 40 hour course in TIES (Tennessee Information Enforcement System) techniques given in Nashville at the TBI building, before being allowed to dispatch without a trainer.

Central Dispatch is a 24/7 operation, divided into three shifts of dedicated dispatchers. There are always two operators available, on each shift every day, to protect the general public. With a grant from the State of Tennessee, our dispatch center is now fully automated. All operators have been trained on our CAD (Computer Aided Dispatch) system. All calls that are received by our 911 center, whether landline or wireless, are mapped on our state-of-the-art mapping system, that allows us to virtually see where all 911 calls are originating from and allows for faster response times to all incidents. Central Dispatch moved to a state-of-the-art facility in early 2011 located at the Criminal Justice Complex.

The Brownsville-Haywood County Ambulance Authority had its beginnings over 25 years ago when the state regulated the EMS system. The Ambulance Authority had two Cadillac hearse-style ambulances originally used by the Brownsville Funeral Home when it ran the service. During the early EMS days, patients were transported to the hospital as quickly as possible. In 1973, people were trained for three months in advanced first aid. Also in 1973, the authority placed into service two new 1973 Ford Type I ambulances, one purchased by the county, the other by a private citizen. Having obtained the stocked ambulances and running three shifts of trained personnel, the call volume increased to about 20 calls per month.

In 1976, Haywood County sent its first two EMTs to Shelby State Community College in Memphis to paramedic school, where they were trained to administer certain drugs, interpret heart rhythms and start IVs.

Under the direction of Jimmy Studdard, who has been with the authority for 36 years, the Ambulance Authority was classified as a Class A service by the State of Tennessee. The Brownsville-Haywood County Ambulance Authority currently has 20 full-time employees, 12 part-time employees, four ambulances and Hospital Wings in the same complex at 1601 Welch Street in Brownsville.

With three shifts, the Ambulance Authority operates four ambulances, one basic life support and three advanced life support units. The advanced units run emergency calls and are stocked with advanced monitoring equipment. The basic EMT-IV training currently takes one year. Paramedic training is currently an additional year of intense training with more invasive life-saving techniques which can make the difference between life and death. The call volume now runs in excess of 250 calls per month. The Authority also uses the services of about 60 trained First Responders in the community.

The Rescue Squad was formed in 1974 under the guidance of the Haywood County Sheriff’s Department until the Emergency Management Agency was formed under Mayor Joe Taylor with the help of Ray Ellington in the late 1970s. Today it remains under the umbrella of the EMA.

The Rescue Squad started with the following equipment: Command Post, five support vehicles, three four wheelers, one six wheeler and four boats, in addition to other emergency equipment such as chain saws, generators, etc., and it has increased and upgraded its equipment over the years. Members of the Rescue Squad serve on a volunteer basis, and there are about 43 members now, all from the Brownsville-Haywood County area. Leading the group is Captain Frank Fawcett . They meet every Tuesday night to perform maintenance duties on their equipment.

The squad is the search and rescue team for all of Haywood County and surrounding areas, and it also responds to mutual aide calls from neighboring areas and communities. These volunteers are some of the first to respond when there is severe weather that causes flooding and other natural disasters. They work with city and county officials and both law enforcement agencies in the community. They are the first to respond to calls from these agencies when roads need clearing. Some members are certified First Responders and EMTs.

The squad also volunteers to help with a number of community events, and for about 20 years, its members organize and coordinate the annual Christmas parade the first Saturday in December.