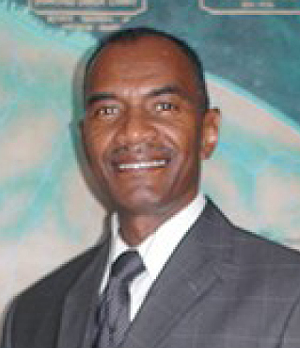 BROWNSVILLE TN (Monday, November 25, 2019): The Brownsville Haywood County Rescue Squad has named Ray Jones as Grand Marshal of this year’s Christmas Parade. The individual is chosen for his unwavering support and contributions to the community. As Grand Marshals, Jones’s duties include lighting of the Community Christmas Tree at 5 p.m., Saturday, December 7, on the courthouse lawn and then leading the parade at 6 p.m.

“It is such an honor to be chosen,” says Jones, “My greatest passion is helping people in need and promoting positive self esteem and prosperity for humanity.”
Jones is the son of the late Nolen & Martha Jones, a graduate of Haywood High School and Tennessee State University. He was a member of the HHS 1974 State Runner-Up basketball team and student conductor for the band.

After graduating from TSU, he returned to Haywood County to begin a career as a teacher/coach where he first served as the assistant varsity basketball and head freshmen coach. He assisted in track and field and was head coach for the first cross- country track team in Haywood High School history.

His career has included many firsts including the first basketball program at Sunny Hill School and started the first Student-Council program at Haywood Junior High School. At Haywood Junior High he coached an undefeated team to a 20-0 season followed by an 18-1season that won the TNT SA State Championship. He coached both boys & girls basketball of which the girls won the District regular season and District Tournament 3 out of 4 years. After a lengthy career as freshmen and middle school coach where he received many Coach of The Year awards he became the head coach of the Haywood High School Tomcats until retirement.

He is married to Miranda Jones and is father to Jamila Evans and the late Bradley Jones and has two grandchildren, Jade and Jardin. Jones is the owner of Jones Professional Carpet Cleaners and is president of the Bradley Jones Foundation suicide prevention non-profit organization.

Other Christmas activities planned for Dec. 7, include a Children’s Parade at 2 p.m. at the courthouse. Dress the kids in festive clothing and bring your bikes, tricycles, scooters, wagons and more to ride or push in the parade. Santa will lead this parade and then remain on the square for pictures and visits until around 4:30 p.m.
Mrs. Claus will be at the courthouse for Story Time at 2:30 p.m. She will be reading classics and other well known books to the children. Dress warmly and bring lawn chairs as you gather to hear these holiday tales.

Enjoy live Christmas music presented by area choirs and groups on the courthouse lawn from 3-5 p.m. The Community Christmas Tree lighting will be at 5 p.m., followed by the parade at 6.

Those wishing to view the parade are invited to line the streets along East and West Main Streets from Boyd Avenue to McLemore Street. For more information, contact Squad Captain Dwayne Duncan or any squad member.